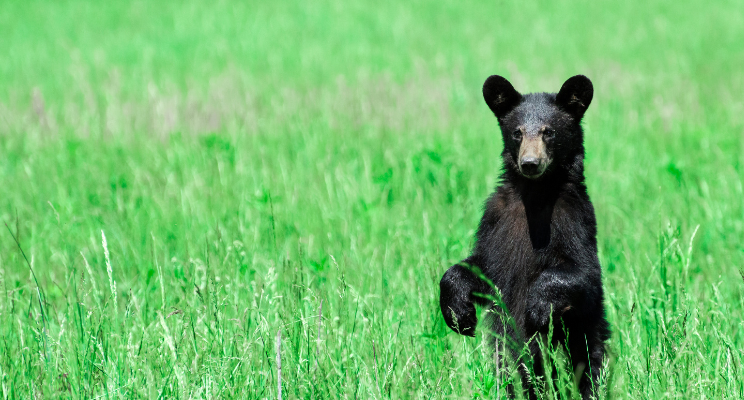 Investing During a Bear Market

Lately, financial pundits seem to be constantly warning that a bear market is coming, arguing over whether one has begun or predicting when one will end. It’s less common for them to actually define one. From their ominous tone, you can tell it’s less appealing than its counterpart, a bull market. But what is it exactly? How does it differ from other market fluctuations? And how long does one last?

What is a bear market?

A bear market is an extended period of depressed securities prices. Generally, the stock market is said to have entered a bear market when a broad index, such as the S&P 500, spends at least two months at 20% or more below its previous peak. Bear markets represent a larger price drop than a dip, defined as a drop of less than 10%, and a market correction, a drop of between 10% and 20%.

A bear market is not the same thing as a recession, which is defined by a range of other economic factors, like gross national income (GNI) and the unemployment rate. But it’s not uncommon for bear markets and recessions to occur around the same time. The appearance of one may raise fears that the other is looming.

When people talk about bear markets, they’re usually referring to a general drop in prices across the stock market. But they can exist for other asset classes, such as bonds. They don’t have to be that broad, either. Sometimes a single sector or commodity can be experiencing its own bear market while the prices of other securities in its asset class continue to climb.

How long do bear markets last?

As measured by the S&P 500, bear markets have lasted anywhere from a few weeks to several years. No one can predict with certainty when a bear market will end. Historically, bear and bull markets have not appeared on a regular schedule. Far from it. For example, the bear market of 2020 was the first one the S&P 500 had experienced since 2009. The next bear market appeared less than two years later.

In fact, you can’t know for sure that a bear market has ended until you’re well into the next bull market. Once prices have returned to their previous peak, you can look back to find the point when prices were at their lowest — that’s when the bear market ended and the new bull market began.

What do bear markets mean for investors?

Investors respond differently to bear markets depending on their goals and strategy. Aggressive traders may seek to make money in a bear market with risky strategies, such as short sales. In a short sale, an investor sells borrowed stock, buying it back later to return to the lender. If the price dropped in the meantime, they’d make a profit.

To decide what you should do in a bear market, it’s best to consult your financial advisor. If you’re investing to meet long-term financial goals, it may make sense to hold steady during a bear market. That’s because the stock market has historically increased over the long-term, despite bear markets. Selling when prices are low risks selling at a loss, while staying in lets you participate in the rising prices of a potential recovery.

You may consider dollar-cost averaging, a popular investment strategy in which you contribute a set amount of money to your stock portfolio at regular intervals. It’s designed to help you buy more assets during a bear market when prices are low. By contributing a consistent dollar amount to your investment portfolio, you will naturally buy more shares of a stock or fund when prices are low and fewer when prices are high. This can benefit you in the long run by lowering the average price you pay per share.

The inevitability of market downturns is why investors build diversified portfolios in the first place. It makes it less likely that your entire portfolio will be experiencing a bear market at the same time. We can help you decide what a particular bear market means for your overall plan and whether you need to change your approach if markets take a downturn.

Information presented is for educational purposes only and does not intend to make an offer or solicitation for the sale or purchase of any securities or to advise on the use or suitability of The AMG Managed Portfolio Series, or any of the underlying securities in isolation. Information specific to the underlying securities making up the portfolios can be found in the Funds’ prospectuses. Please carefully read the prospectus before making an investment decision.

This commentary offers generalized research, not personalized investment advice. It is for informational purposes only and does not constitute a complete description of our investment services or performance. Nothing in this article should be interpreted to state or imply that past results are an indication of future investment returns. All investments involve risk and unless otherwise stated, are not guaranteed. Be sure to consult with an investment & tax professional before implementing any investment strategy.

Investing involves risk. Principal loss is possible. Investing in ETFs is subject to additional risks that do not apply to conventional mutual funds, including the risks that the market price of the shares may trade at a discount to its net asset value(“NAV), an active secondary market may not develop or be maintained, or trading may be halted by the exchange in which they trade, which may impact a fund’s ability to sell its shares. Shares of any ETF are bought and sold at Market Price (not NAV) and are not individually redeemed from the fund. Brokerage commissions will reduce returns. Market returns are based on the midpoint of the bid/ask spread at 4:00pm Eastern Time (when NAV is normally determined for most ETFs), and do not represent the returns you would receive if you traded shares at other times. Diversification is not a guarantee of performance and may not protect against loss of investment principal.